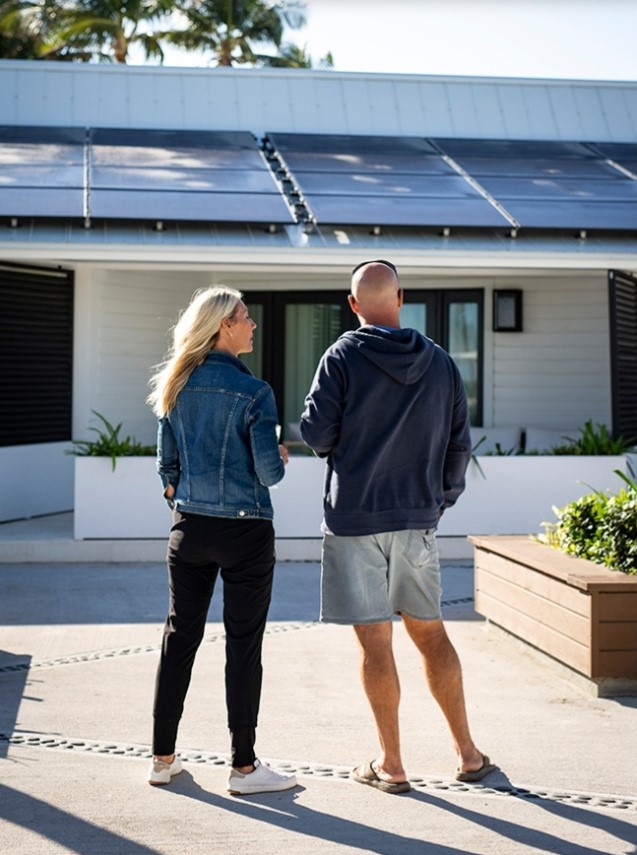 Who doesn't want to be all sustainable and oh so environmentally friendly?

I was watching the show and they brought down their 'friend' to help them get some solar panels on their resort. By friend, they mean some strategic business partnership to advertise the business, but that's not what I'm here to talk about - even though if this was an oil company 'friend' then all the numbers would be instantly scrutinized by default.

Not in this case. And it just annoys me at how sloppy, misleading and downright fraudulent the way the solar crew present numbers.

Here's how things were presented on the show:

When things are presented like this it only make sense to do solar right? It's drastically cheaper. It's cleaner. It's just superior and obviously better, and not doing it is due to some sort of intense glue sniffing or the 'big oil' lobby? Wouldn't it have to be?

Let's dig into the claims.

I looked it up and the cost of electricity in the Bahamas is 25 cents USD/kWh - which if you convert that to Canadian I can see how they get very close to the 35 cents/kWh. Now it's important to understand that this listed cost is the 'all in' cost including transmission and distribution. It's not like my bill which lists the energy cost, then a line item for transmission, distribution, rate riders, local taxes, etc.

Solar producing at 5 cents/kWh is an intermittent number. Where as the diesel is a 24 hour a day constant output number. The solar panel only ever produces cheap energy at peak output - which variable minute to minute and zero or low for 12hrs a day. Diesel is the employee that always shows up and does their job. Solar is the employee that you don't know will show up and even if they do, they might not do much.

Takeaway 1: The Diesel Generator is Consistent and Dependent. Solar is variable and inconsistent.

Another point to consider is how solar is always taken in the best possible light. 5 cents/kWh and payback in 3 years. Diesel is sold in the worst possible way with all the bundled in negative environmental attributes, along with all the capex and operating expenses. The reality is that the current electricity isn't generated for the cost of diesel because there is capital, staff, engineers, etc that make the system work. Solar panels, which require extensive mining and other energy intensive processes, is presented financially by it's best 15 minutes it'll achieve a week.
Since there is no possible way to sustain any form of 5 cents/kWh, then there is no three year breakeven point. There will be points of 5 cents/kWh, just as there will be points of $15/kWh. There is the battery system, transfer switches, rectifiers, design and electrician time, but there is also the capex. These panels are right on the Bahamas shore and will be caked up salt soakers and hurricane targets.
But the reality is that you can't do a payback period. Diesel will always be needed for the job because it is reliable. There simply is too many solar panels needed, to fill up too many batteries to have a period of payback ever.

Takeaway 2: The Payback Period is Never because Solar is Variable

The only way you can really consider a payback that works for solar is stripping out as many costs from the analysis. Capex, hide that. Maintenance, hide that. Replacement batteries, hide that. And simply ignore the fact that this whole scheme works only with that reliable diesel generator is busy working flawlessly for you when the sun is less than optimal.
The reality is that analysis of payback are traditionally done by some sort of time value of money like in net present value NPV. Why? Because not doing the project has benefits too. If the install costs $100,000 all in to save $200/mth in electricity, with $50/mth in average expected maintenance and upkeep. Well, you could just take that $100,000 and invest it earning 5%.
An interesting tidbit is that solar panels have a roughly 20 year lifespan. What does that mean? Over the life of a panel it will degrade. It'll become less efficient and produce poorer quality energy. Once it crosses a predesignated line of degradation it's done. The point being is that year one versus year 10 will result in less electrical output than expected, as well as the quality of generation will degenerate - which results in less optimal battery charging.
Conclusion
5 cents/kWh is a fantasy. It's not real. It's something being sold to you. Nothing more. When you plug something in, you'll always know that real reliable energy will be there and not your solar panels.